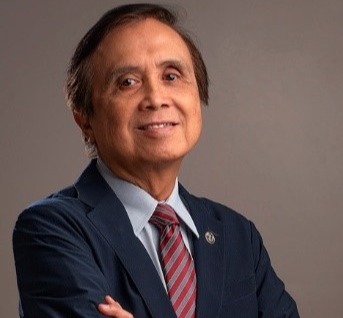 Former Secretary of Socioeconomic Planning, National Economic and Development Authority, and Professor Emeritus of Economics, University of the Philippines
The Philippines

Ernesto M. Pernia is former Secretary of Socioeconomic Planning, National Economic and Development Authority. He is Professor Emeritus of Economics, University of the Philippines since 2013, having been on the faculty of the UP School of Economics for several years.

Earlier, Dr. Pernia was Lead Economist at the Asian Development Bank. His work experience included investment climate and productivity, economic growth and poverty reduction, education and health, population and development, and regional economic cooperation in Asia.  He was also Regional Adviser on population and employment policy for Asia and the Pacific with the International Labour Organization.

He has served as Chair of the Board of Trustees of the University of San Carlos, and a Director on the board of the Philippine-American Academy of Science and Engineering (PAASE). He is a former President of the Philippine Economic Society.

He obtained his PhD degree from the University of California Berkeley on a Ford Foundation scholarship and Smithsonian Institution dissertation grant. He received the first award as Outstanding Young Scientist (economic demography) from the National Academy of Science and Technology.  He was chosen by the PAASE for the 2015 Koh Science Lectureship Award.

Dr. Pernia has authored several books and articles in national and international journals. He has been an occasional contributor of public-interest commentaries in major Philippine and some international dailies.